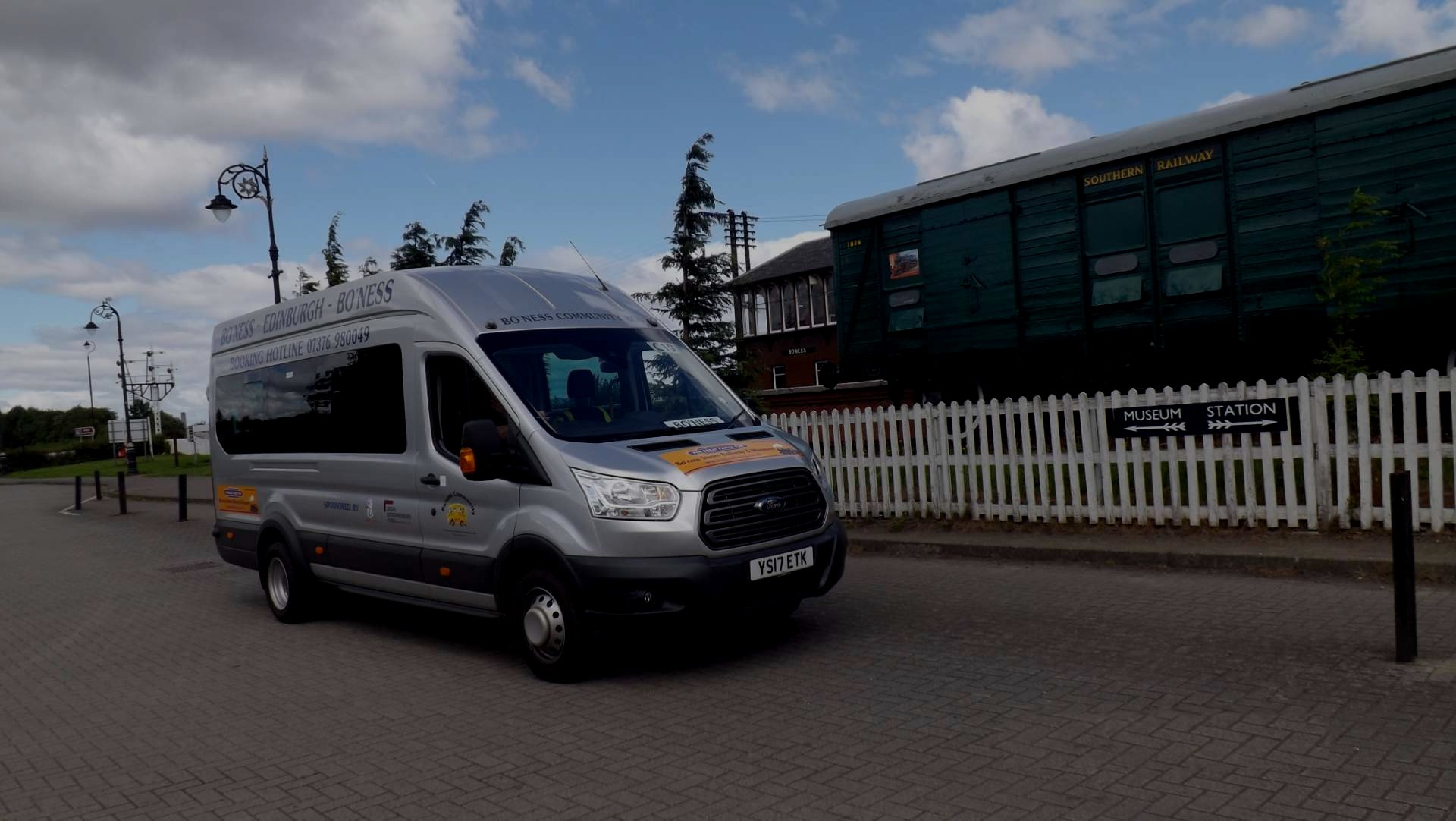 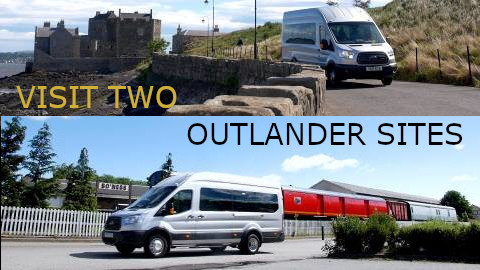 Visit two Outlander sites for the price of a £8.50 return ticket.

Blackness Castle and Bo’ness Steam Railway are both on the C19 Community Bus Route from the Centre of Edinburgh Scotland’s capital city.

Leave Waterloo Place in Edinburgh at 10.15

Our booking service is available Monday to Saturday from 08.00 am to 17.00 pm or anytime by WhatsApp or text message.